It was gathered that police shot sporadically at the premises of the station to disperse crowd who attempted to resist the demolition. It is reported that hundreds of sympathizers arrived the radio station as earlier as 6am, but no one was injured in the incident. 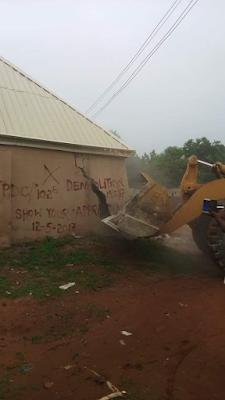 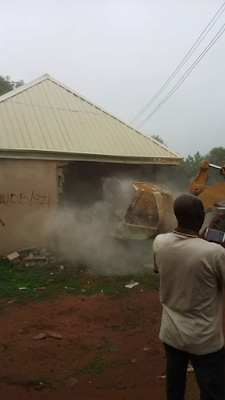 Speaking with newsmen shortly after the demolition, the Chief Executive Officer of station, Nawani Aboki, said that the reason for the demolition was political and that it was aimed at gagging the Press.

“Due process was not followed. You can see that the wall is down now. It was marked yesterday and was demolished this morning. Like we said, he had a different reason for it.  Whatever reason he gives officially is not the real one. This demolition was carried out because I don’t belong to the same political party as the governor. He is afraid that the station might not support his political ambition. Part of the reasons is that the station aired a report on the ongoing Labour strike in the state.”

“We have the right to air the Labour strike news.  We even begged the government to come and present it’s part but they declined. I want to assure him that what he thought he killed will remain, will come back and grow.

“Let him continue to do what he likes but his time is also coming to an end. We wish him well but we will meet in court. We must remain calm in this situation. Let’s not take laws into our hands; let us ensure that we follow due process and we all will meet in court.”

Meanwhile, the National Broadcasting Commission (NBC) has condemned the demolition, describing the incident as ‘shocking’ and unbelievable’
Mrs. Franca Ayetan, NBC Zonal Director for North-Central, who led a team on a verification visit to the destroyed station on Monday, said that the development was surprising because the station followed due process in obtaining its broadcast license.
“The owner of the private radio station, Dr. Nawani Aboki, followed due process in obtaining the broadcast license after all necessary inspections were carried out. On March 31, when we came to commission the station, the state government was fully represented. If government had raised any reservation then, as a regulatory body, we would have waited a little more before inaugurating the station. But none was raised,” she said.
Ayetan said the NBC would seek for justice in the matter, but promised to follow due process in doing that. She commiserated with the owner of the station over the demolition, pointing out that the prime reason for deregulating the broadcasting industry was to give the people alternative voices to bare their minds.
The official said that the NBC had been monitoring Breeze 99.9 FM broadcast and had never found a breach of the guidelines of the Nigeria broadcasting code.
She said that the commission had never received any complaint from any quarters regarding offensive or inciting broadcast from the station, since it went on air on March 31.
“We are sad that this is somebody’s investment being destroyed. We are also sad that a radio frequency serving as a platform for the airing of views has been destroyed. A Frequency is usually given to owners of licenses to hold in trust for the people; this station has not abused that trust. It has served the audience diligently. We will support the owner of the station to recover from this and continue,” she said.
She urged the proprietor not to allow the voice of the people to die, saying that the main component of the station was not the physical building, but the voice and broadcast license.
“That the structure has been destroyed does not mean you should stop broadcasting, given that advancement in technology broadcast has been made easy,” she said.
Aboki further said that some officials from the ministry of lands had, on May 12, inscribed “show approval” message on the wall of the station.
“We then met with them on May 15, where they raised the issues of my Certificate of Occupancy (C of O) showing `residential’, and suggested that the station should not be there.
“We agreed at that meeting, based on their advice, that I should apply for ratification of the document only for us to see “demolition” inscription on May 19, before the structure was pulled down on Saturday May 20,” he said.
Aboki said that the NUDB did not follow the procedural requirement for demolishing “illegal” structures, and insisted that government was yet to come out with the actual reason for the demolition.
He, however, said that he would follow due process to seek justice over the incident.
Mr Adamu Sule, the Managing Director of NUDB, said the radio station was among buildings demolished in the state capital for not complying with approved land laws.
“We brought down the radio station because its structures did not comply with approved land law”
The state branch of the Nigerian Union of Journalists (NUJ) has also condemned the action.
Addressing newsmen, the state NUJ chairman, Dogo Shama, described the government as an “open attack on the Press, adding that it was aimed at depriving citizens of  the right to balanced reports.
Shama said the state council of the NUJ will take action against what he called government’s attempt to gag the Press. He added that the chapter would liaise with the national body of the NUJ for further action.
“If there was any problem with the station or its location, government should have resolved the matter in a matured manner,” he said. 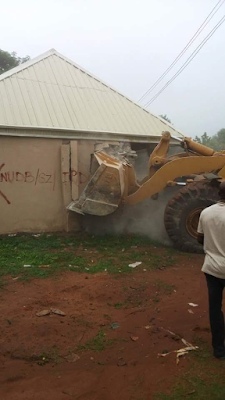 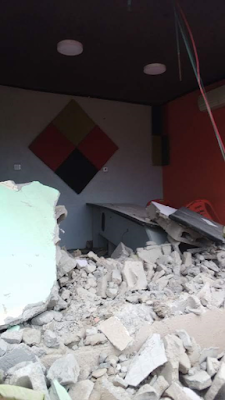 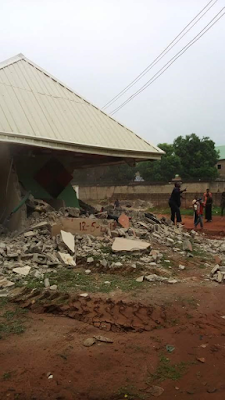 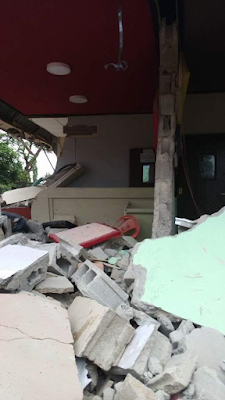 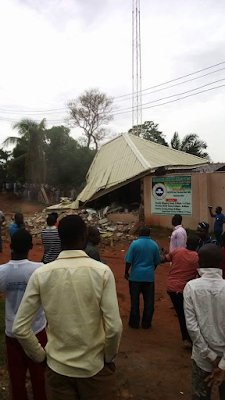 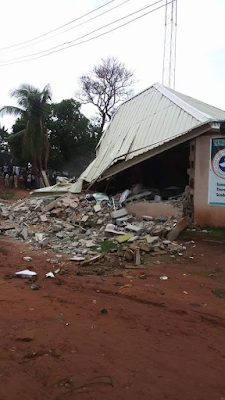 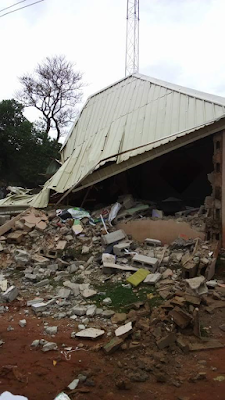 I am not a cultist – Governor Wike

Another container-load of arms found in Lagos port