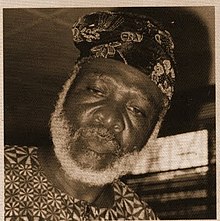 The Department of Dramatic Arts where Adewale lectured, organised a symposium in his honour where  they emphasised the need for universities to have resident professional theatre groups.

Uncle Laide was a lecturer of Dramatic Arts at the Obafemi Awolowo University and he featured in many Nollywood movies including Saworode, Oleku and many others.

His career spanned more than three decades in acting, singing and dancing, directing and stage management.