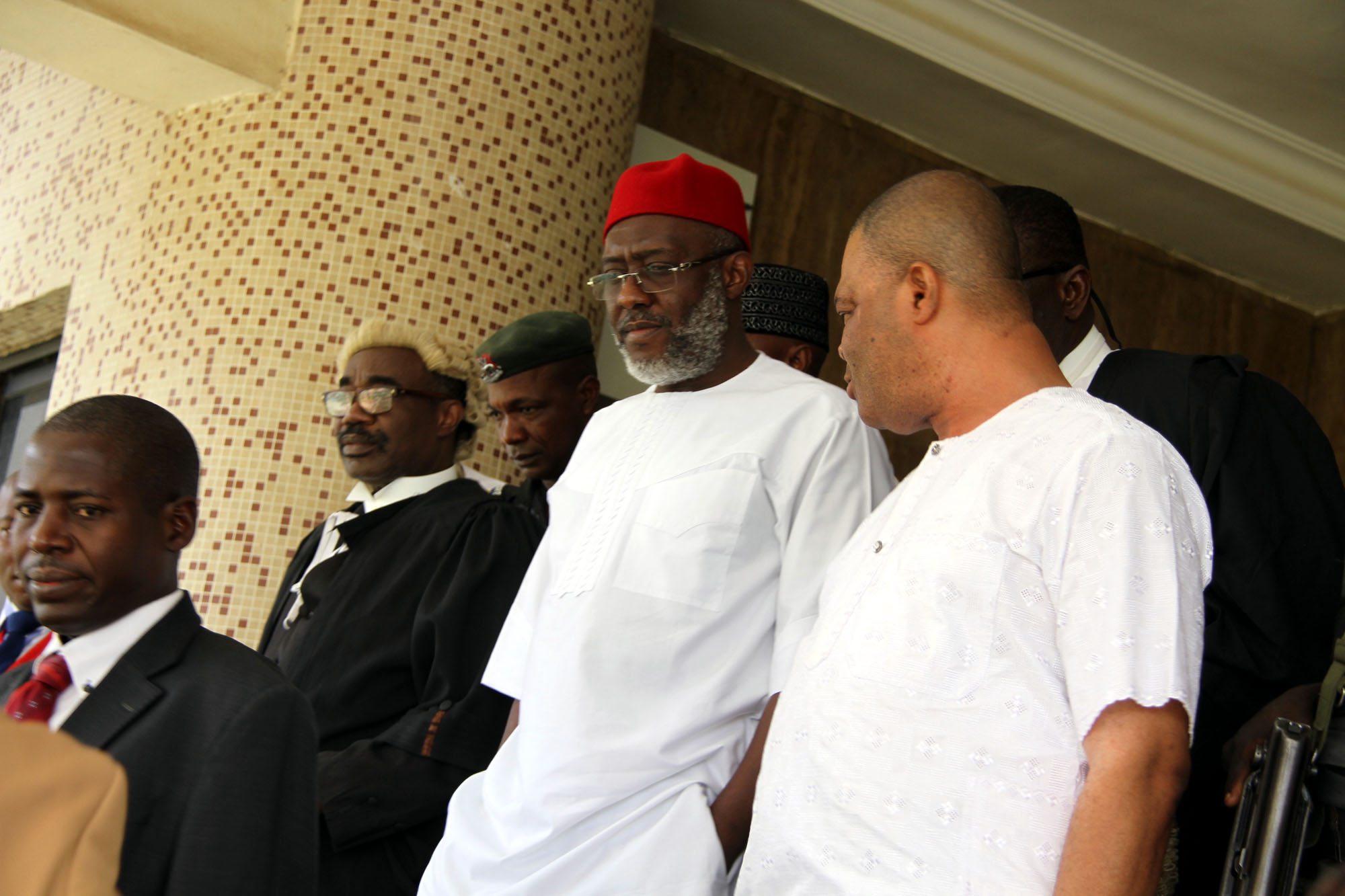 TVC E, POLITICS – Members of Nigeria’s main opposition party are not quite happy with the court order to remand its spokesman in Kuje prison.

Metuh arrived the court with his face hidden by the grey beard grown since his detention.

He’s been at the EFCC custody for over a week without trial resulting in public protests from members of his party.

His counsel’s plea for his bail is set to be held on Tuesday next week but he will be cooling off at the Kuje Prison till then.

Elsewhere a rented crowd took to the Streets to protest his arrest and workers at the party secretariat gathered in groups discussing the fate of their boss.

Property experts call on Lagos govt. to reduce charge on registering land, others