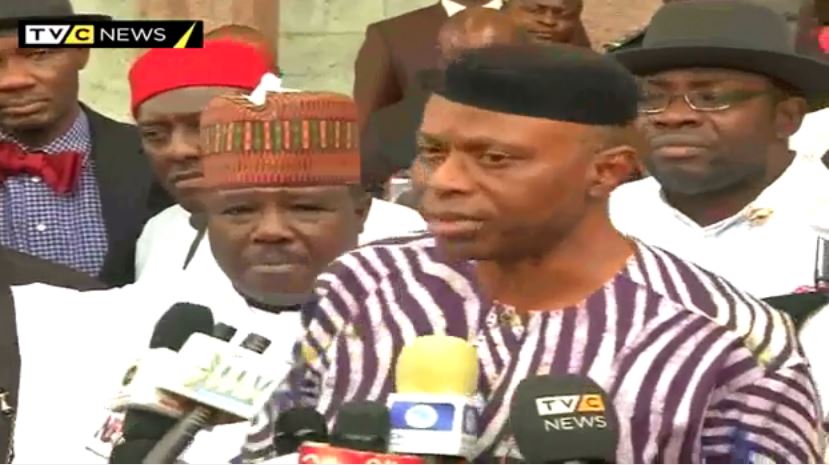 TVC E, POLITICS – The disquiet that characterized the emergence of Ali Modu Sheriff as the Peoples Democratic Party chairman might have been resolved

While the Former PDP ministers say they will not recognise Modu Sheriff, the chairman of the PDP governors forum, Olusegun Mimiko has thrown his weight behind the embattled chairman.

Speaking after a closed door meeting with the embattled chairman, governor Olusegun Mimiko of Ondo State, who is also the chairman PDP governors’ forum said all parties have put behind all their differences and the party is now one united family. Mimiko also said the governors’ forum has also mandated the national working committee of the party to put in motion, the process that will lead to the party’s convention in the next three months.