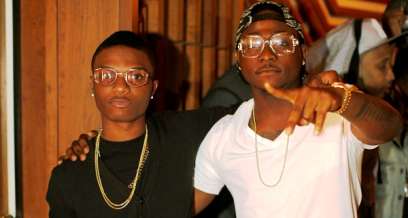 Wizkid has finally made a move to bring a long awaited dream of the Nigerian fans to life as he asks to collaborate withDavido on a song.

As inevitable as this collaboration seems, considering their level of fame, it has been a long time coming and highly anticipated.

The revelation was made in the cover feature of Davido for Fadar magazine’s 2nd Global issue.

“It’s Wizkid himself, asking whether Davido might be down for some sort of collaboration, an official end to the stalemate”