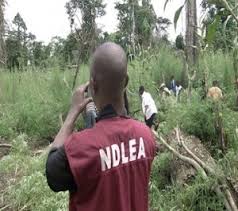 An operative of the National Drug Law Enforcement Agency, Ali Adamu, and a 48-year-old woman, Ijeoma Ojukwu, have been arrested in connection with the discovery of 2.2 kilogrammes of drug that tested positive for cocaine.

The woman, according to the NDLEA, claims to be a relative of the Ojukwus of Anambra State, while the drug, estimated at about N20m was sent by one Agina Ejike from Brazil.

It was learnt that Adamu and Ojukwu were arrested with three others – Victor Umeh, Uche Igwelo and Egbuche Osita – for assisting in the smuggling of the drug into the country.